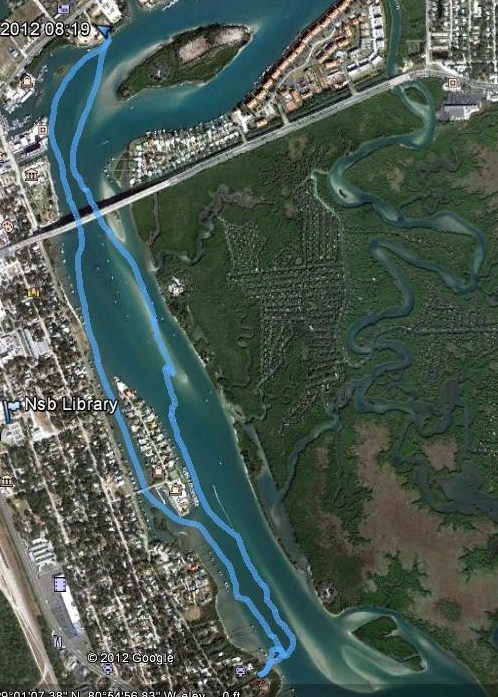 Summary: This paddle begins at the public floating docks at 162 North Causeway. Along the way, you may see a historic marker for the old wharf that was part of the New Smyrnea Settlement. After passing under the South Causeway Bridge, look for a monument on the west shore at low tide. You also may see remnants of the coquina stone wharf that was the center of the settlement and later was destroyed during the Civil War.

After passing Yacht Club Island, look for an area of vegetation among docks on the right. This is known as the Gabordy Canal. Al Capone had a canal-front home here at the height of his career.

Directions: From the North Causeway launch area, paddle south along the shoreline to the Gabordy Canal. It is south of Yacht Club Island and can be found in a grassy area between docks. On the return trip, consider crossing to the east side of the Indian River. Watch for the sandbars. Paddle toward Chicken Island, which is directly across from the launch area.